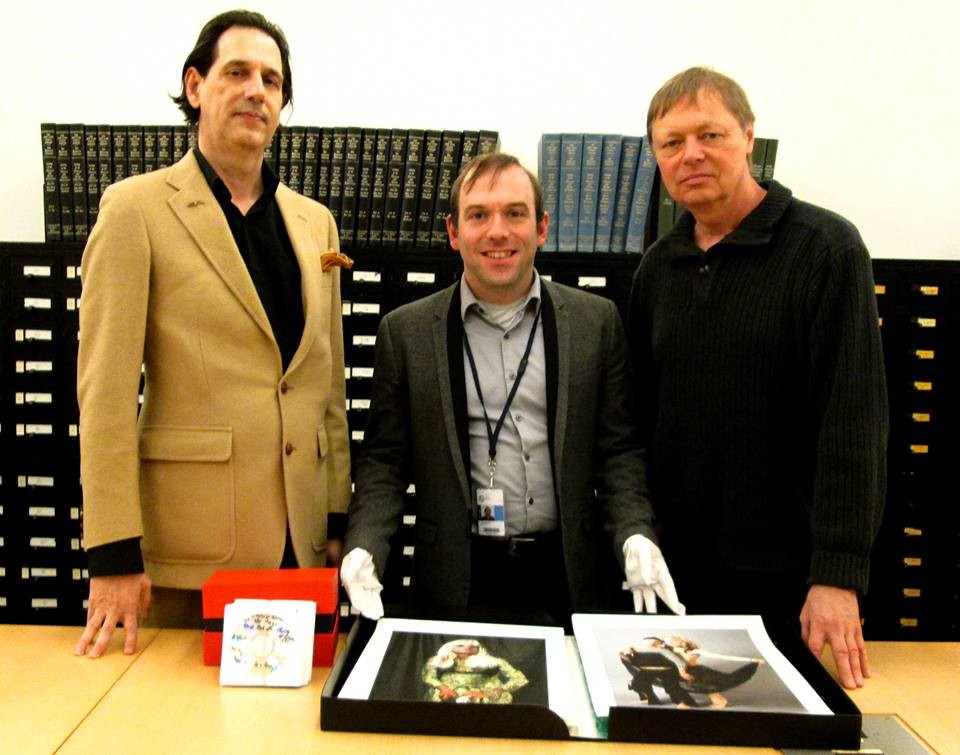 The Rumi Missabu Papers at NYPL

Young people think they're immortal. They have little or no concept of time or aging whatsoever or even a inkling of how to leave a legacy.

Young people think they're immortal. They have little or no concept of time or aging whatsoever or even a inkling of how to leave a legacy that will survive long after they themselves are gone and forgotten. It is my calling to instruct and remind them of the myriad of possibilities of preserving their past so generations to come may continue to enjoy the fruits of their labor, and furthermore, that their story is just as valid as any other whether they are an actor/director like myself, a chef or carpenter.

While facing a pesky illness, I had to make a decision what to do with my vast collection of LGBT memorabilia; including original photos, prints, posters, programs, flyers, cards, letters, contracts, proclamations, receipts, zines, scripts & cassettes CDs & DVDs not available to the public.  With the assistance of dear friends and additional volunteers on loan from NuReality Productions the daunting task of organizing stack upon stack of boxed materials accumulated over many years  my first inclination was to transfer the papers to my dear friend and former assistant Eric Schum for safekeeping, but alas, after realizing that the collection would only end up in his hall and remain out of circulation, I began to consider donating the collection/archive to a venerable institution and remembered earlier making three uncredited donations to THE MARTIN WORMAN PAPERS, another theatrical archive housed in the New York Public Library for the Performing Arts at Lincoln Center. Meanwhile, Martin's curator Karen Nickerson had since retired and a new curator Doug Reside found a memo instructing him to personally solicit me for any future donations under my own name. Thus, THE RUMI MISSABU PAPERS were established at the same institution in late 2015.

It was a thrill and honor to be selected as one of six acquisitions accepted in 2015 which also included the papers of Charles Busch & Elaine Stritch. I couldn't be in better company while still on this earth or otherwise.

To inaugurate the archive, in April 2016 I produced, directed and narrated THE LAST DAYS OF POMPEII, a free spectacle pantomime based on the 1834 novel by Edward Bulwer-Lytton and inspired by the 1913 silent Italian film; Ultimi giorni di Pompei in the Bruno Walter Auditorium at Lincoln Center featuring Sasha Velour, winner of Ru Paul's Drag Race Season 9, and a large cast of seventeen actors and non-actors to much acclaim.

A third and final donation of my more recent work producing, directing and narrating dance and theatre attractions in NYC 2011-2017 is currently in the works to be catalogued and will become available to the public and academics as an additional resource early next year.

A detailed description of my current holdings at The New York Public Library for the Performing Arts at Lincoln Center can be viewed here:

note: the archive is not on-line but super easy to access. All you need is to call 24 hours ahead requesting the material on-site and applying at the entrance for a temporary NYPL Library card given on the spot and good for two months.

An additional fun site cataloging the donated materials can be viewed on my Facebook page: The Rumi Missabu Papers at New York Public Library for the Performing Arts:

I wish to thank each and everyone of you who contributed to this invaluable resource.

Your efforts will not go unrewarded.