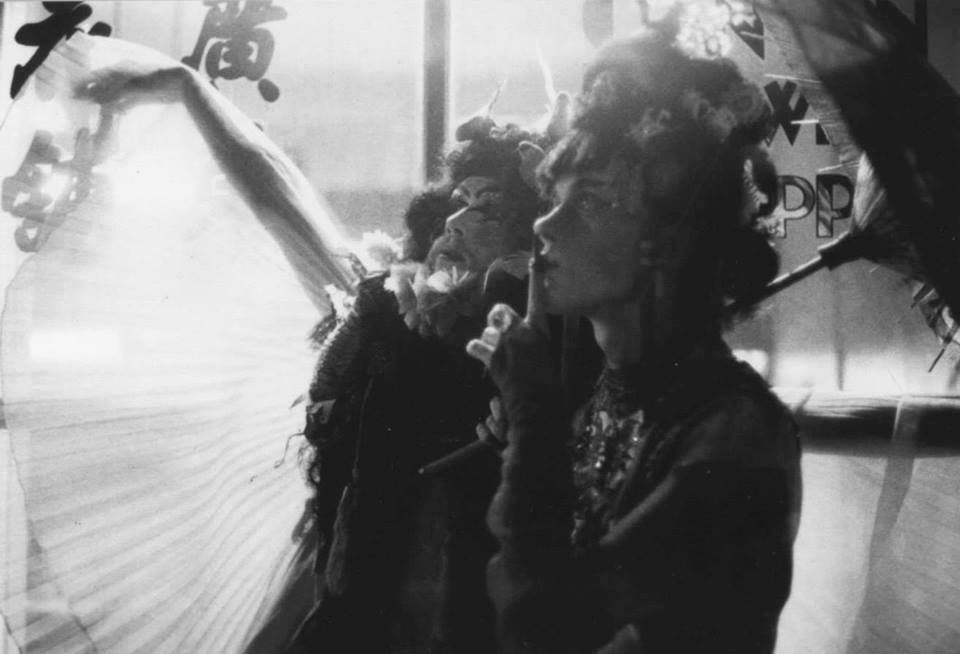 Night of a Thousand Gin-Sling's - Part 1

"Be calm and cease all tension. My hand maidens will strip you of your panties and clothe you in perfume of the East. When your bodies lie passive, you will know the joy is peace and time is calm work." -Madame Gin-Sling

PEARLS OVER SHANGHAI with words by Link Martin and music by Scrumbly Koldewyn was certainly the most successful of the entire Cockettes repertoire arriving in November of 1970 the first year in The Cockettes brief but snazzy reign. The production was slated for The Berkeley Community Theater as our usual home, The Palace, proved unavailable.When the Berkeley venue also fell through, Hibiscus decided to bring the show to the streets to the Chinese people themselves and perform it for the very first time in San Francisco Chinatown's historic Ross Alley where I created the original role of Madame Gin-Sling: loosely based on 'Mother' Gin Sling in Josef von Sternberg's 1941 The Shanghai Gesture.

A week or so later we were back at The Palace for the next two weekends. Pearls was so well received that three additional productions were mounted while The Cockettes were in residence at The Palace. When the troupe went East in the Fall of 1971 (sans Hibiscus and myself) to strut their stuff at the mammoth and previously abandoned Anderson Theater on 2nd Avenue in the Lower East Side, Pearls, and the lesser show, Tinsel Tarts in a Hot Coma were selected to alternate during the designated three-week run. Sadly, the troupe decided to open with Tinsel Tarts instead and legend has it that Angela Lansbury led the charge to the exit signs before the opening number was over.