The Cockettes Born in San Francisco, The Cockettes were all at once a loosely formed commune and theatre troupe. They were early sexual revolutionaries, free-spirited dreamers, whose flamboyant style spoke poetically of life lived as Art. When hippie meets dragon LSD, you know you’re cooking a recipe for a creative explosion. Welcome to the magic of a sexual revolution on acid! Bursting onto San Francisco’s countercultural scene in the late Sixties, The Cockettes embodied the fantasy and rebellious spirit of the West Coast to perfection. Coming together in 1969, The Cockettes were initially composed of ten young men, three women and an infant, original Cockette members included Hibiscus, Scrumbly Koldewyn, Link, Dusty Dawn, Fayette Hauser and Rumi Missabu. But non-exclusivity was a fundament – everyone could be a Cockette!

Check out this film by David Weissman and Bill Weber
http://www.cockettes.com/ 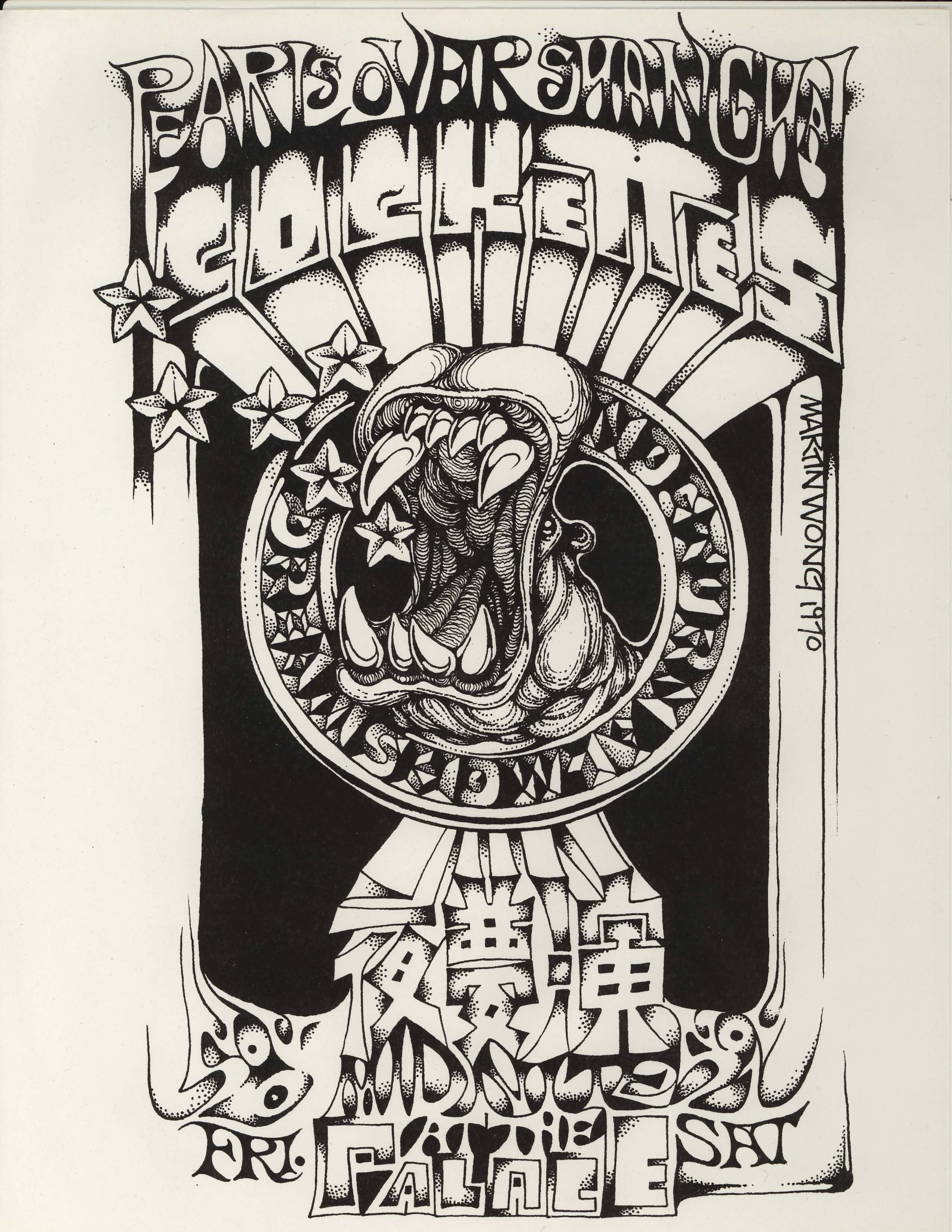 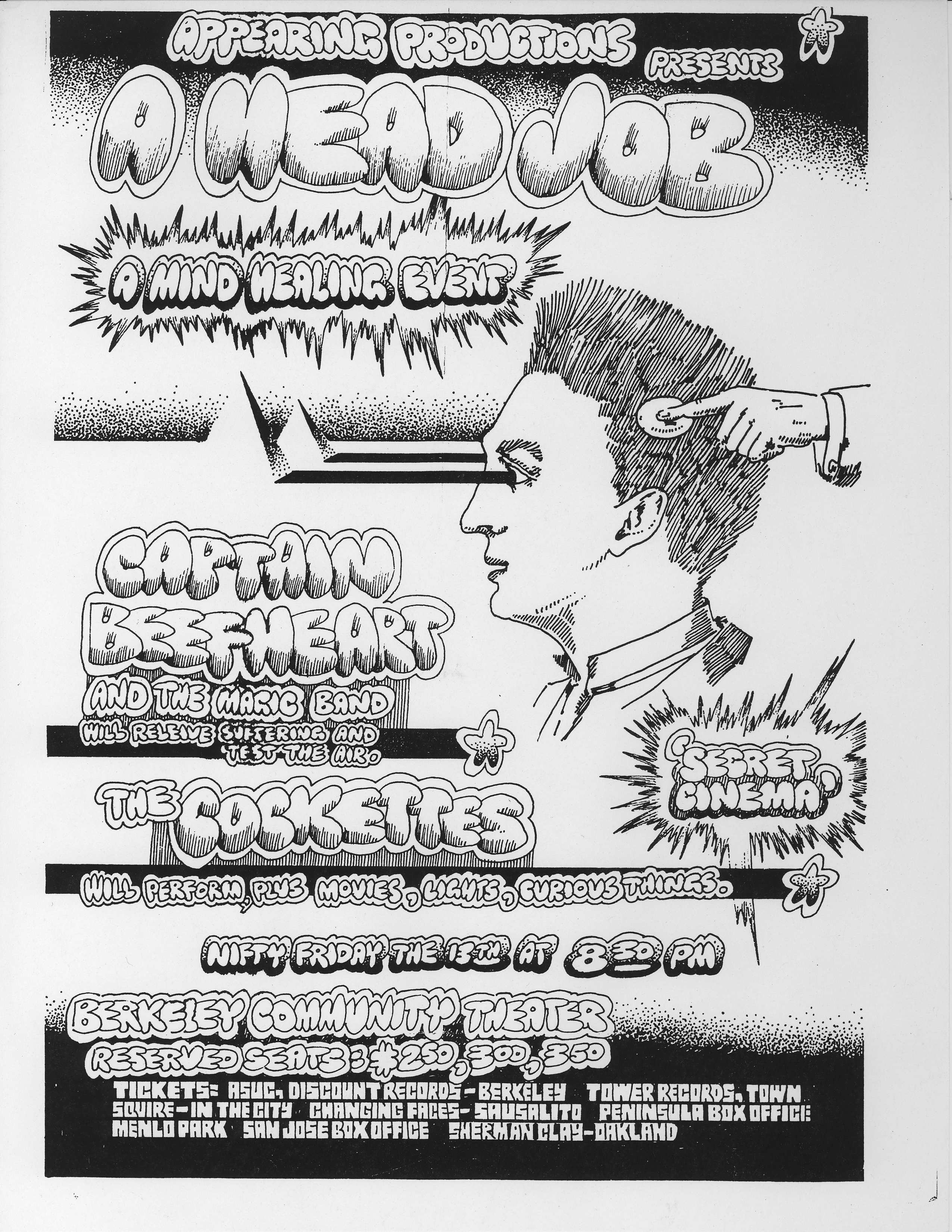 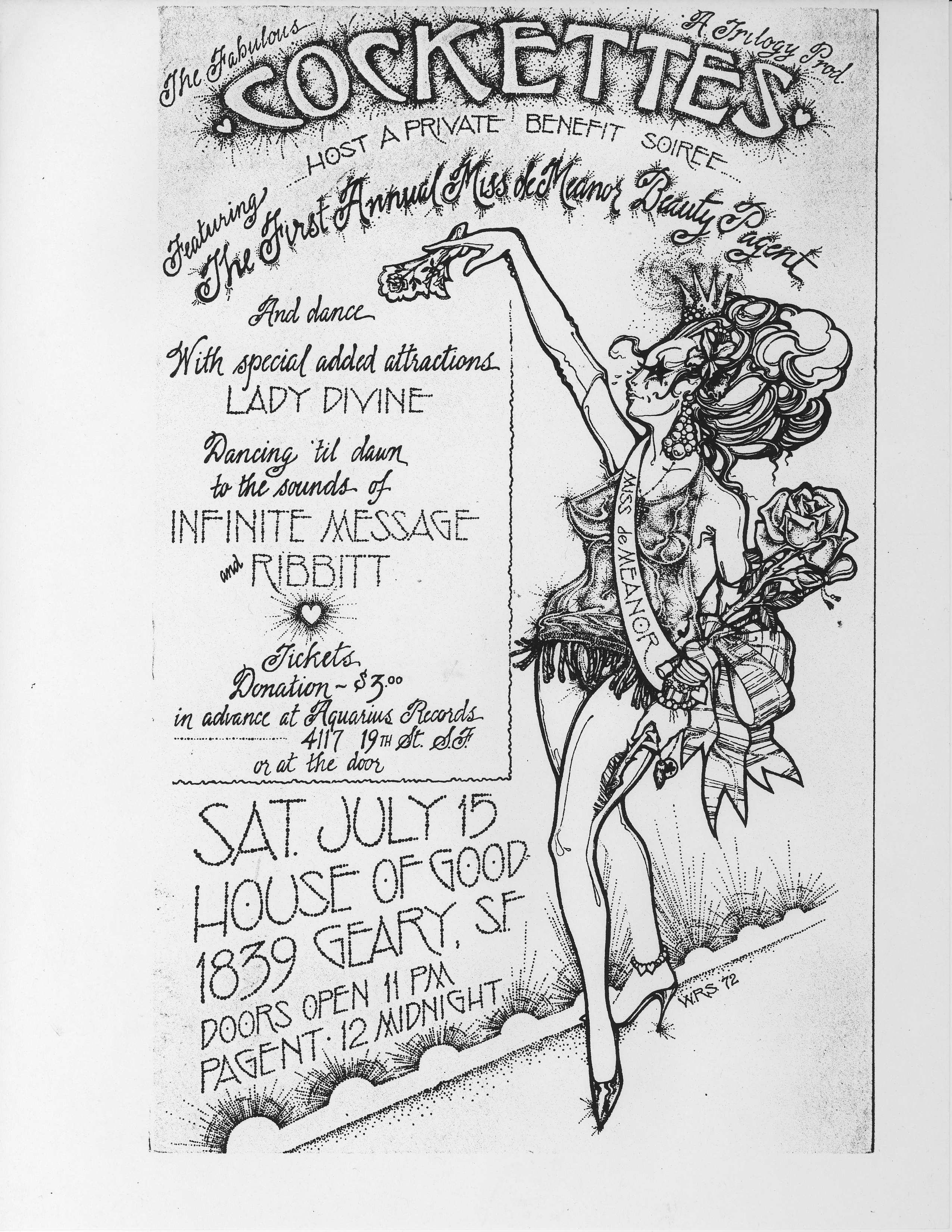 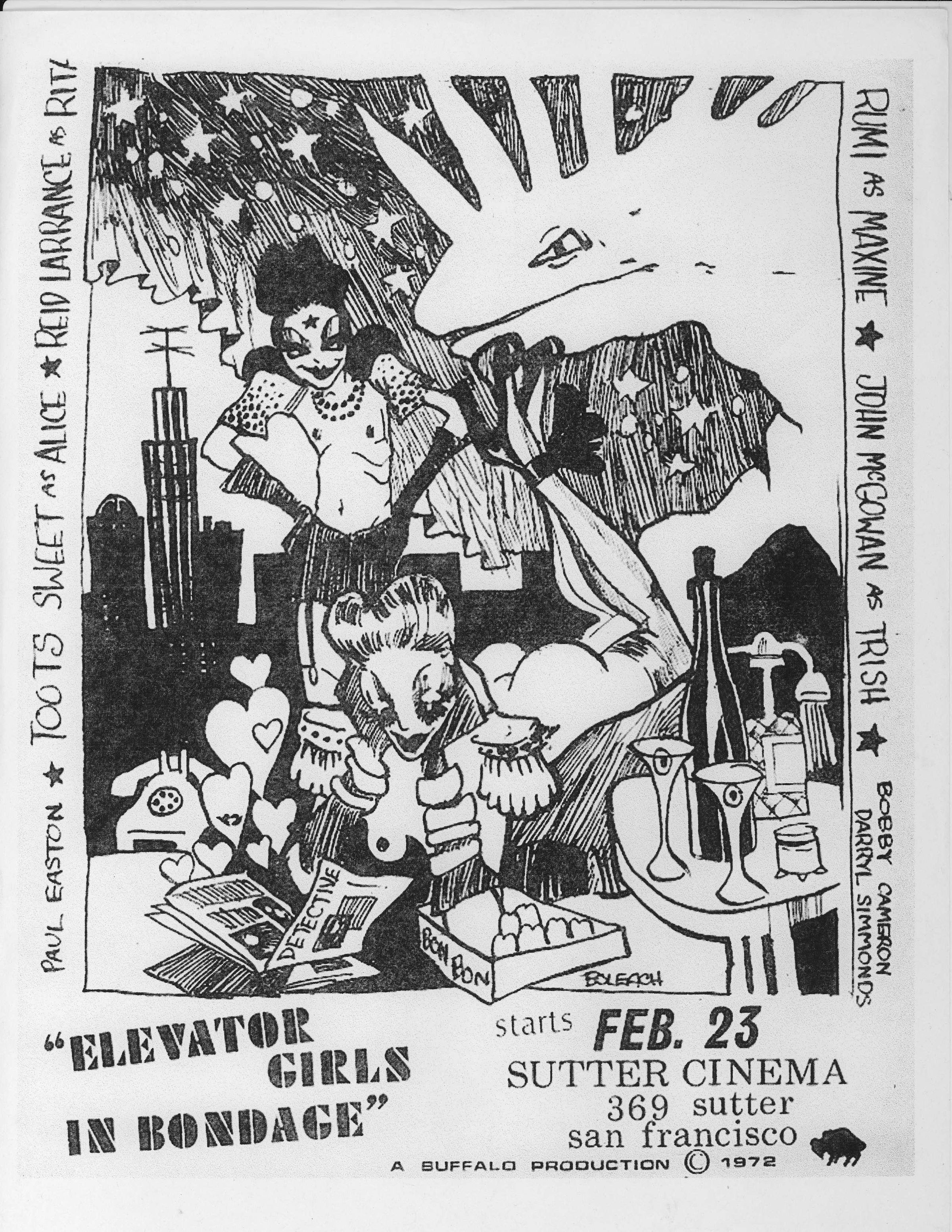 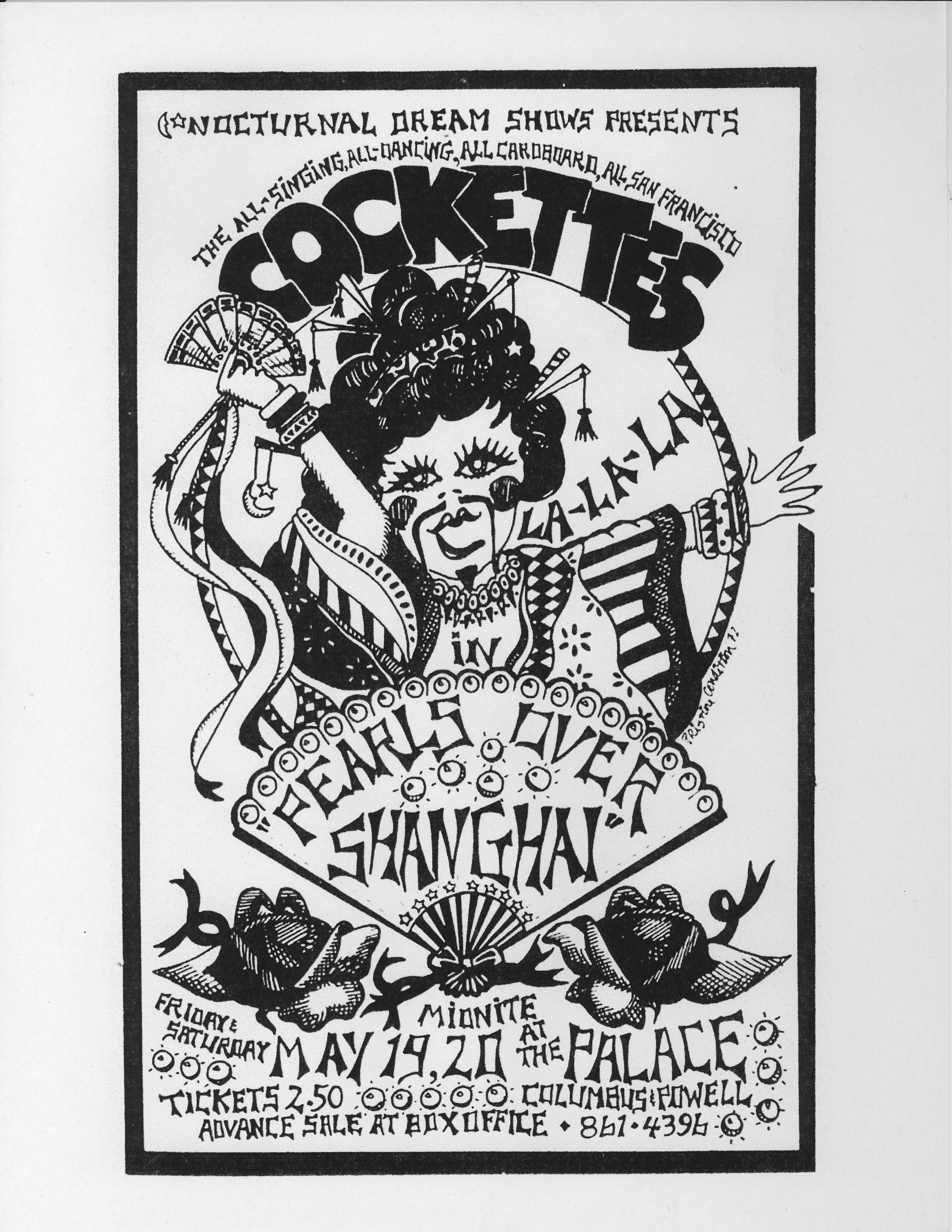 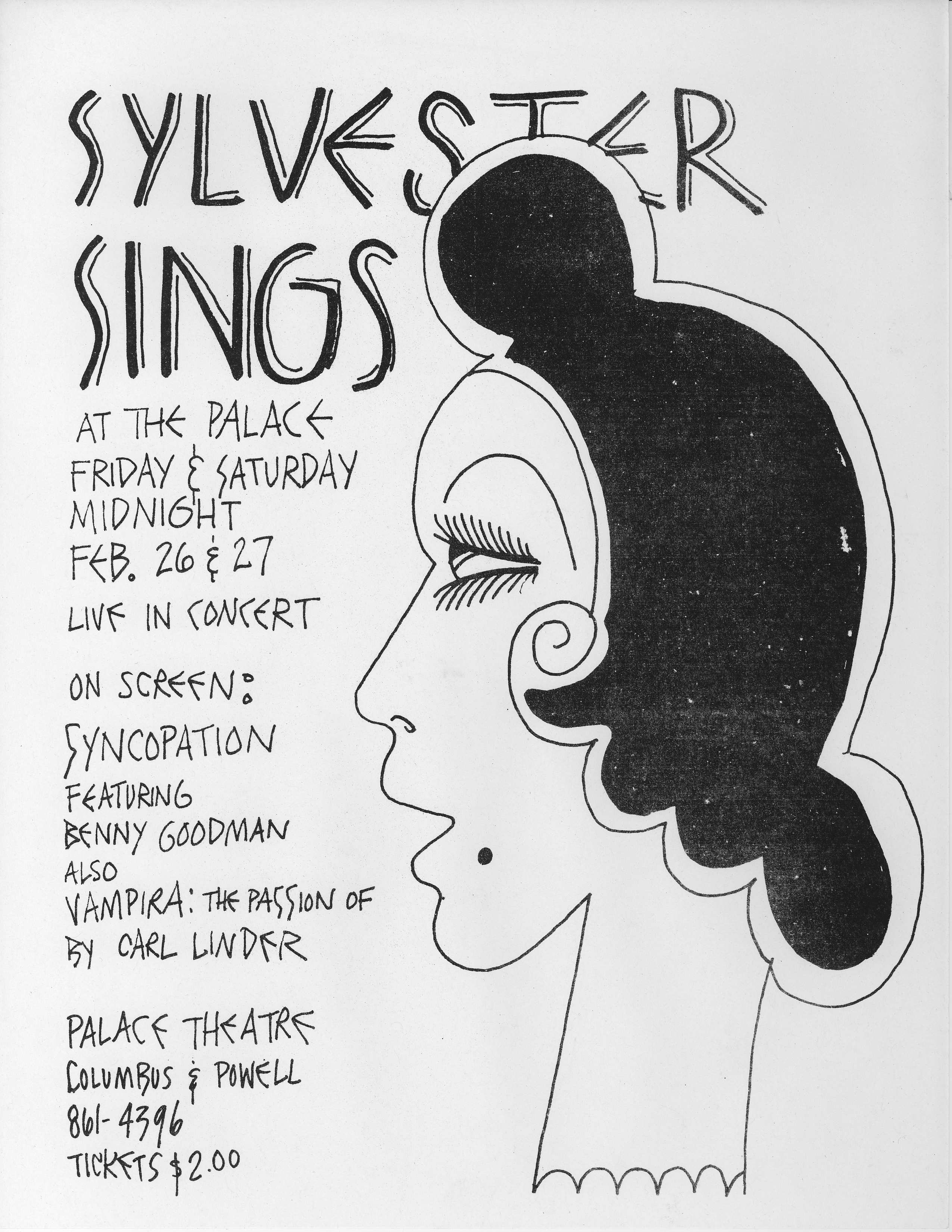 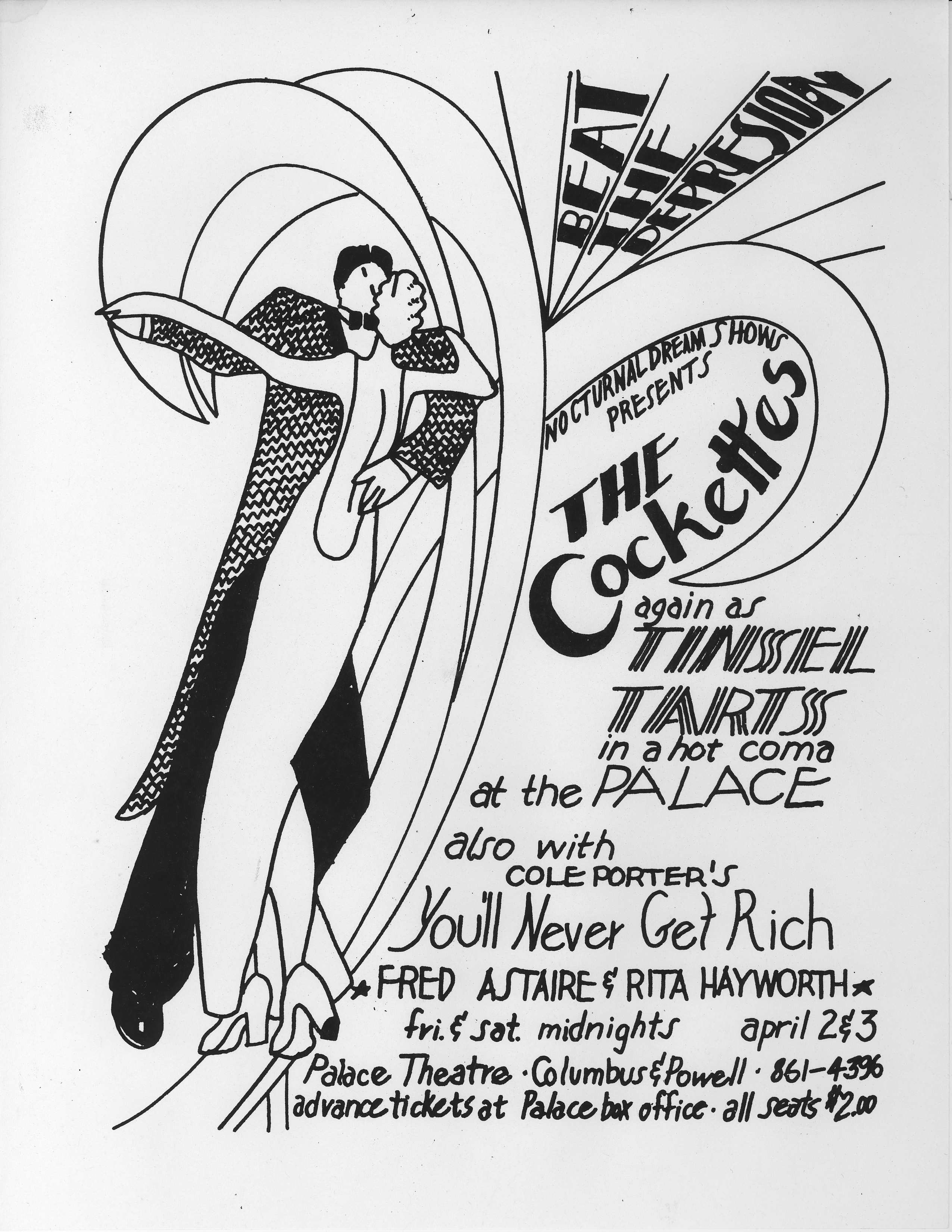 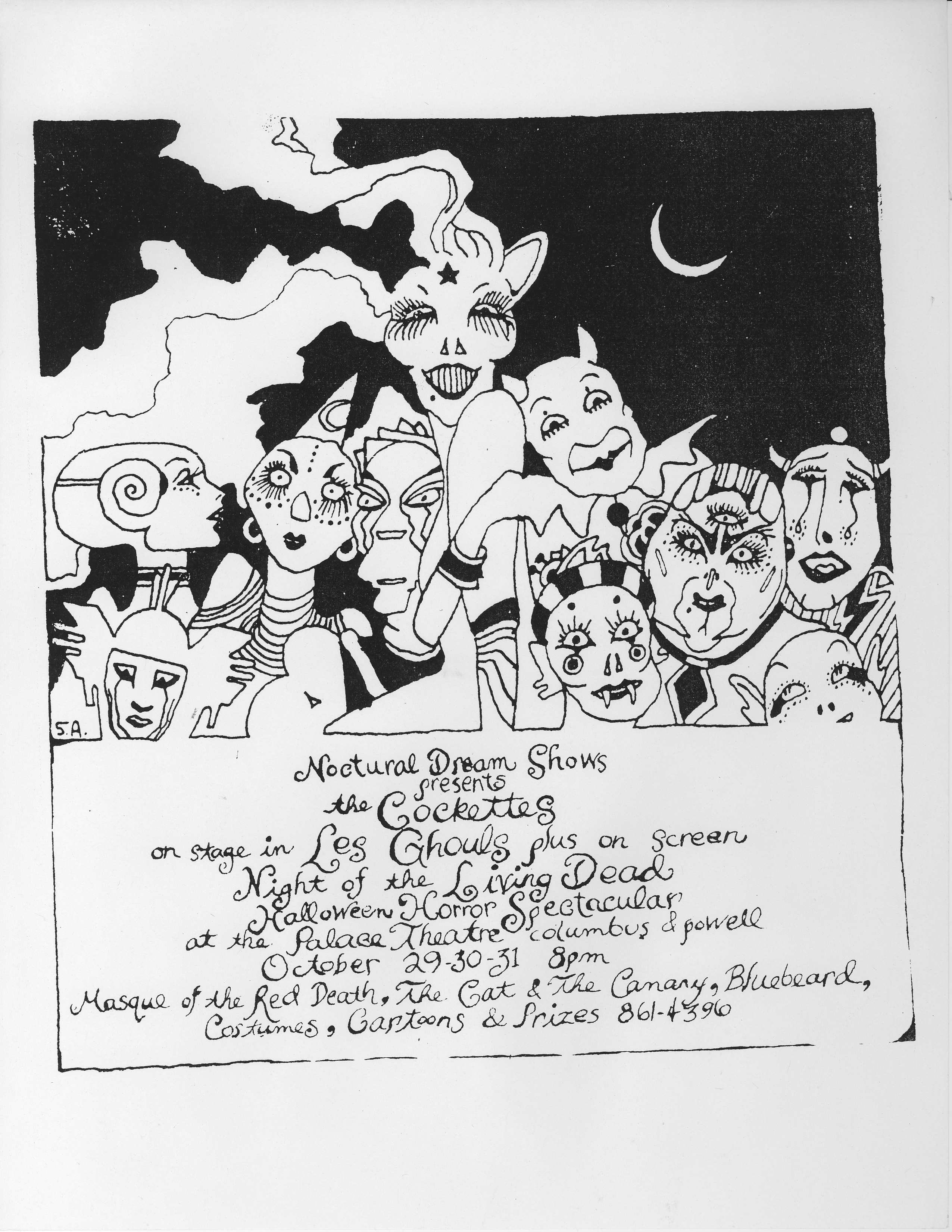 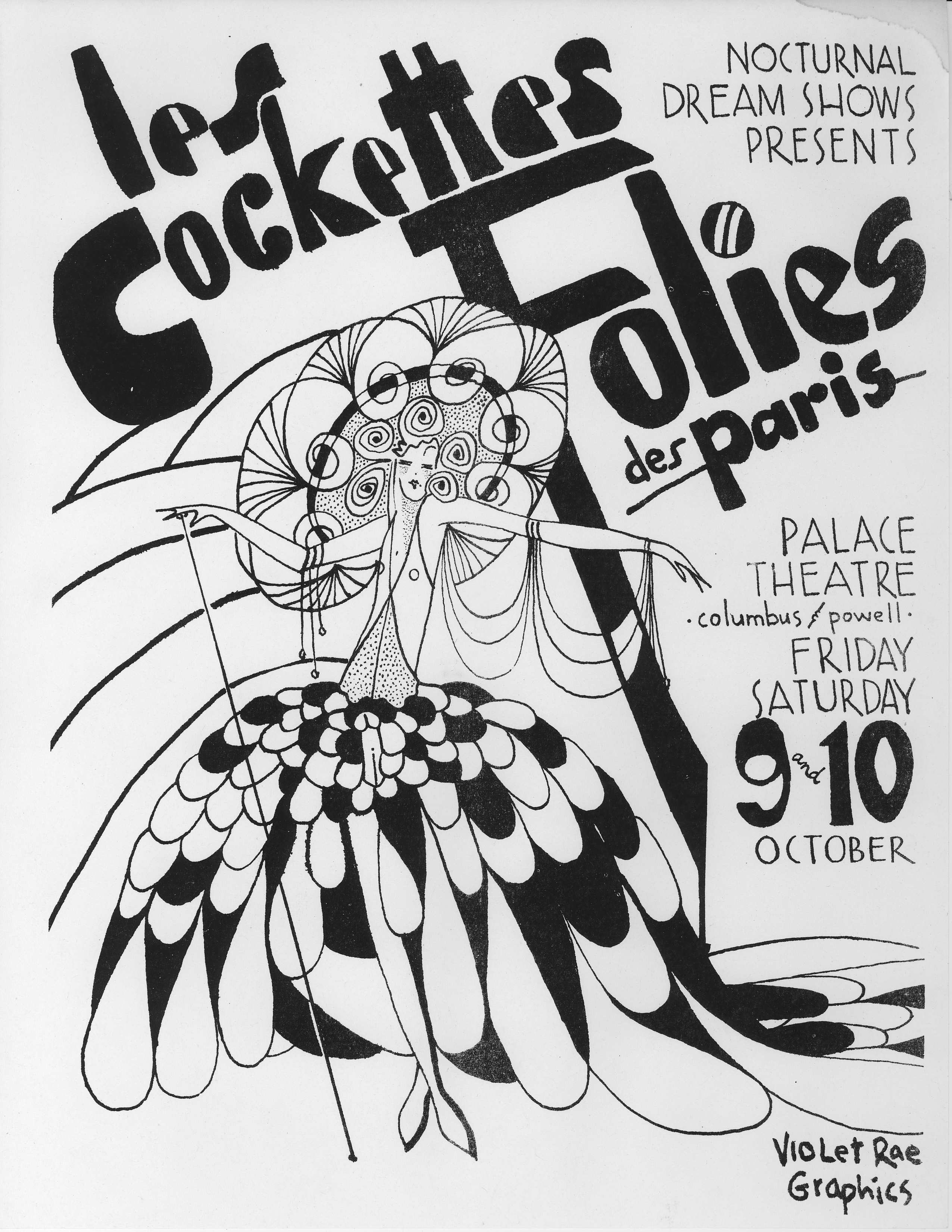 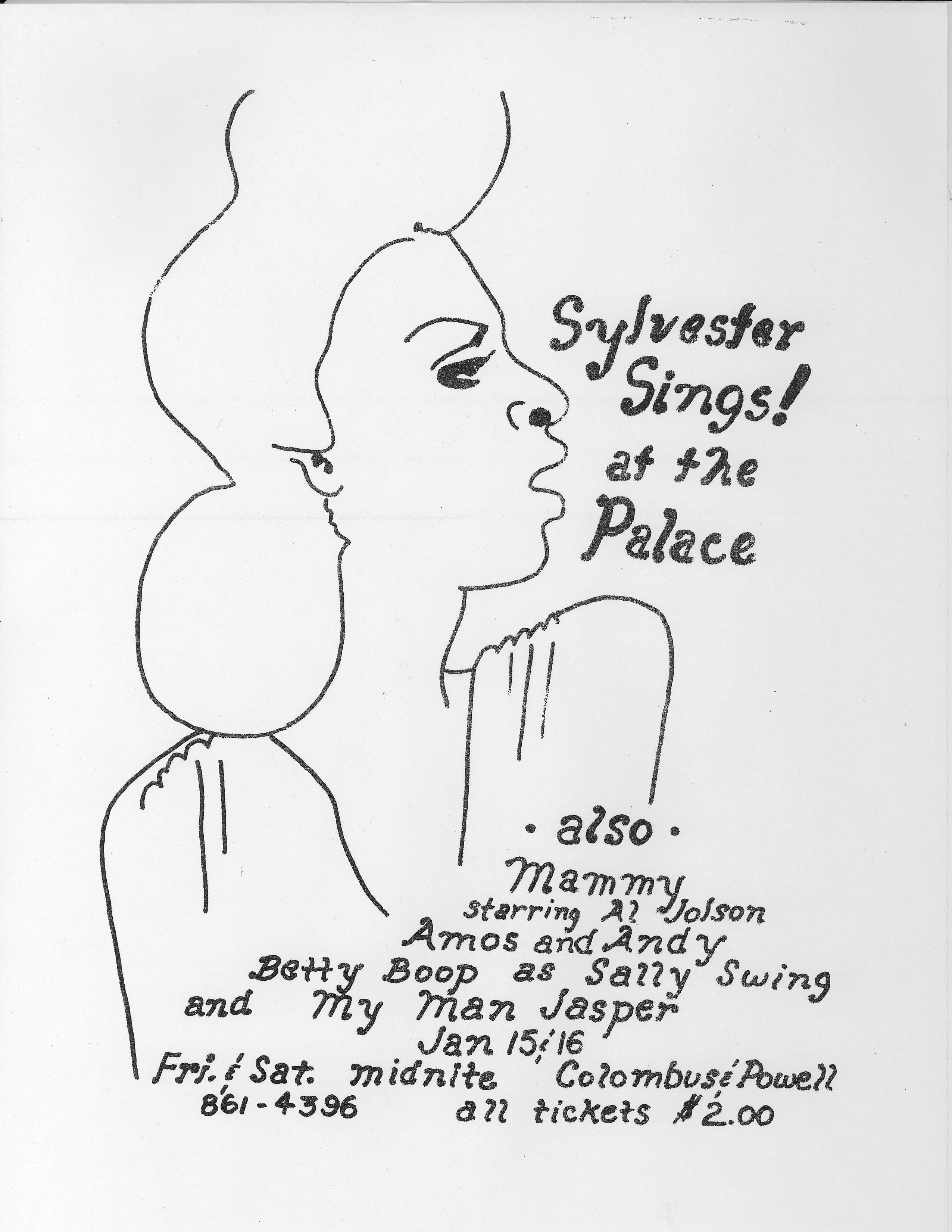